There are far too many kids in foster care in the United States, and more children than you might expect who are formally eligible for adoption (not all foster eligible children are). Most states in the US actively campaign year round for responsible adults and families to come forward to provide loving, stable environments for these kids.

But for those who have chosen to become modern-day nomads and live in an RV rather than in a traditional home is fostering a child an option? How about adopting a child? Is it even legal to live in an RV with kids? These and other questions are what we will be taking a closer look at here.

Is It Legal To Live in an RV Full-Time? 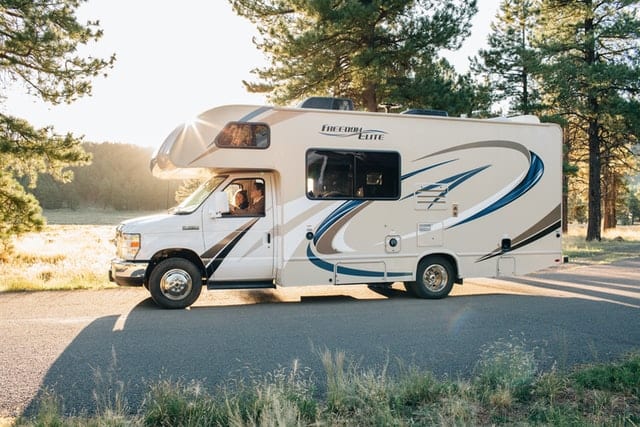 Let's start with a disclaimer. We are not attorneys. For specific legal questions relating to living in an RV that will affect major decisions in your life - like the safety and custody of children - you should always consult with one.

Is it legal to live in an RV? There are no specific Federal or State laws that prevent it. One thing you should be prepared for however is that some people – and even some agencies – may consider you homeless.

Legally, it is the federal government who set the definition of homelessness, and they have done so over the years until three specific definitions currently exist.

Is It Legal To Live in an RV With Kids?

It is the McKinney-Vento Act, a Reagan Era Act that has been renewed by subsequent Administrations several times, that most affects RV living in general and for children specifically.

Two definitions of homelessness are most commonly used, and they, in the Act, read as follows:

An individual or family with a primary nighttime residence that is a public or private place not designed for or ordinarily used as a regular sleeping accommodation for human beings, including a car, park, abandoned building, bus or train station, airport, or camping ground.

Children living in “motels, hotels, trailer parks, or campgrounds due to lack of alternative accommodations.”

Whether this means that children whose parents have decided to live in an RV instead of traditional home, not because they do not have one but because it is their preference, are homeless is something of a matter of interpretation. And often different people and different public and private agencies do just that, meaning that some may define you and your family as homeless.

Many RVers get around the residential address requirement for things like voting and licensing by using a family member or a friend’s address. This, however, will rarely work for schools.

You can homeschool children, which is usually the best option for those living in an RV, as long as your curriculum meets state standards, and the children pass state tests.

Requirements to Adopt a Child

Adoption of a child in the US is a process that is mainly governed by the individual states, and one that is subject to lots of regulatory change, which is why working with a lawyer as well as an adoption agency is almost always necessary.

Some adoptions are made privately – known sometimes as an open adoption process – but in order to be legal and binding any process must follow state law. To see the most up to date general legal information this resource from the Library of Congress is an excellent place to start.

Contrary to common opinion the US Constitution does not grant anyone the legal right to adopt a child at this time.

The legalities surrounding adopting a foreign child are different, and these are governed by the Department of State at a Federal level.

They are a complex set of legalities too, but there is excellent information offered by the Department of State here that can provide an overview, with the note that prospective adoptive parents will also need to meet the foreign country’s requirements as well.

Can You Be a Foster Parent While Living as a Nomad?

The answer to this question will depend on the specific state you would be applying to, but doing so is likely to be hard, as most states require a permanent address, and make frequent visits to confirm that address. It is unlikely that a nomadic parent would meet their requirements, and so in terms of becoming a foster parent the RV life is not compatible with the idea in almost all cases.

Can You Adopt While Living in an RV?

Once again, when it comes to adopting and living in an RV the legality of address issues comes into play here, as well as, in some states, the living space required to adopt a child.

The best course of action if you want to explore the legalities of US adoption in general as they might apply to you is to consult with any of these official websites.

In general, however adopting a child while living in an RV with no other permanent residence – in other words without having a home or apartment that you can call an off-road home, will be particularly challenging. It is the general advice of most adoption and foster agencies that applications are made only by those with a more traditional place of residence.

This is primarily because one of the biggest goals of any adoption agency is to ensure that the children, they place have a stable environment to call home, and most adoption agencies still consider that to be a house or apartment.

Occasionally, as a part of an open adoption, which is often an agreement privately made between birth parents, adoptive parents, and their lawyers, without a formal adoption agency involved, an agreement can be made that will be accepting of nontraditional living arrangements. These arrangements are hard to find though, and can be very expensive, especially in terms of legal fees.

What Will Disqualify You From Adopting a Child?

What might disqualify you from adopting a child in general will again, vary from state to state and, in the case of private adoptions, an agency’s own policies. Constitutional rights rarely apply to adoption, and while adoption by LGBTQ parents is becoming more common their right to do so is not protected by any specific law at this time.

Age is rarely a barrier to adoption, and that is also the case for becoming a foster parent. Some private adoption agencies do still insist that couples be married, but that is not usually a requirement for state based foster care placement and adoption.

Once you have adopted a child, and all the legal issues are resolved you will have the same parental rights as any other parent, including having full control over where they live, and if that home is an RV rather than a traditional house. Therefore, for many interested in both fostering and adoption it makes the most sense – and causes the fewest legal complications – if the process is completed while living in a traditional home.

After that, you may still come across barriers, but for the most part they can be relatively easily overcome. The COVID-19 pandemic almost normalized remote learning, and in the process has made the idea not only more acceptable but more efficient and effective.

There are lots of advantages for kids too. Children in ‘modern nomad’ families tend to spend far more time outside and can be exposed to new locations, new cultures, and customs and more. It is not the life for everyone, but those who love it are also usually very happy to share their knowledge and experience with others, so those new to the idea can usually find lots of help and advice to help them along the way.

How Much Bleach to Sanitize an RV Water Tank? 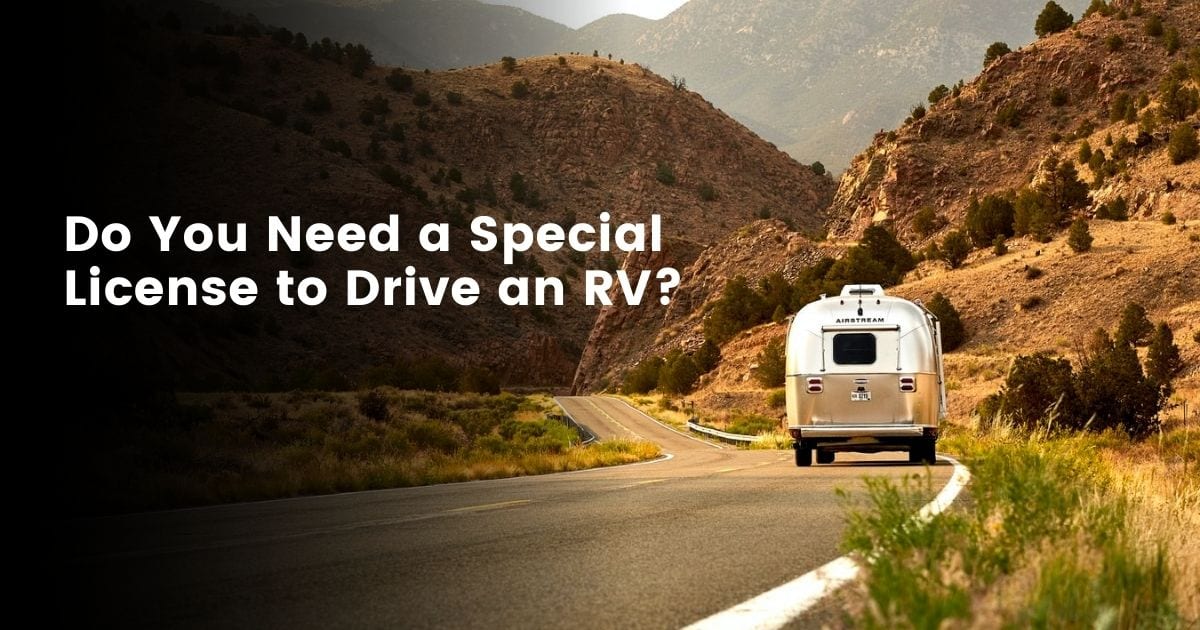 Do You Need a Special Licence to Drive An RV? 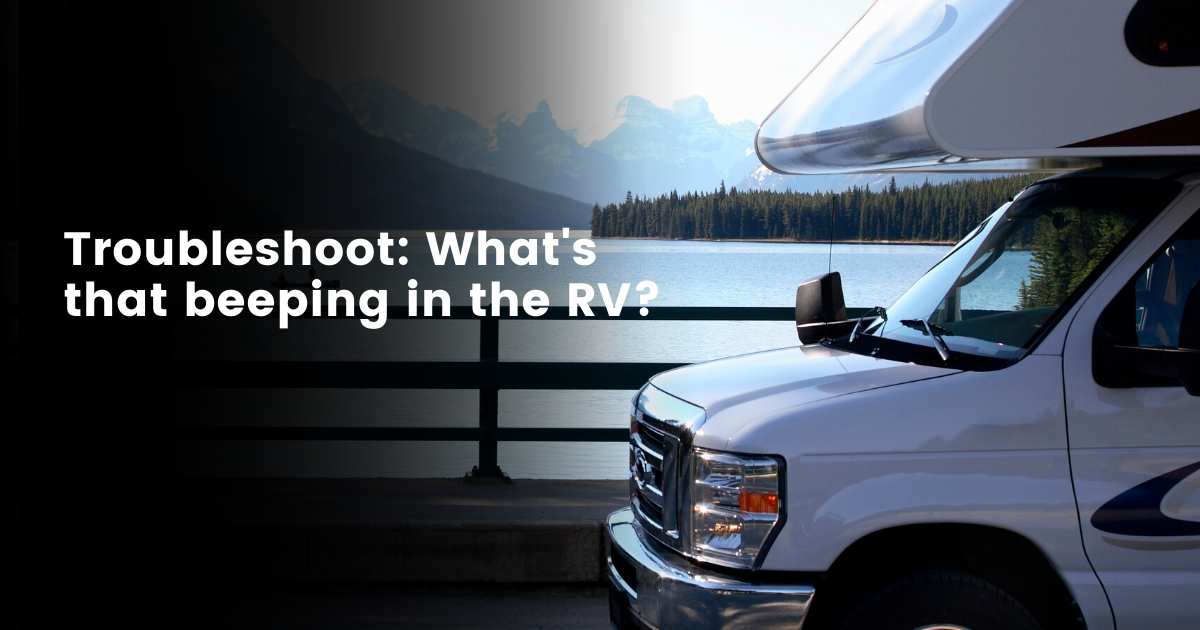 Troubleshoot: What’s That Beeping in the RV?

© 2020. All rights reserved. RV Whisperer.com. RV Whisperer is a participant in the Amazon Services LLC Associates Program. Amazon and the Amazon logo are trademarks of Amazon.com, Inc. or its affiliates.  As an Amazon Associate, we earn from qualifying purchases.